Thanks to all who already participated in our exclusive beta of our NEXT application (v3)! We received a tremendous amount of feedback, have seen a lots of interesting uses, and it was a great success. We’ve turned that feedback into working software, which is rolling out today for general availability. Now, everyone can try our NEXT version.

Our new Tutorial will guide you through the first steps without leaving the application!

This tutorial starts automatically for new users, or you can head over to the “Learning” area and start in manually. 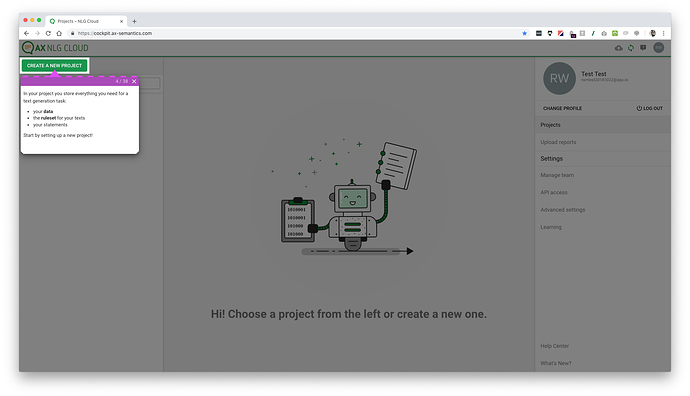 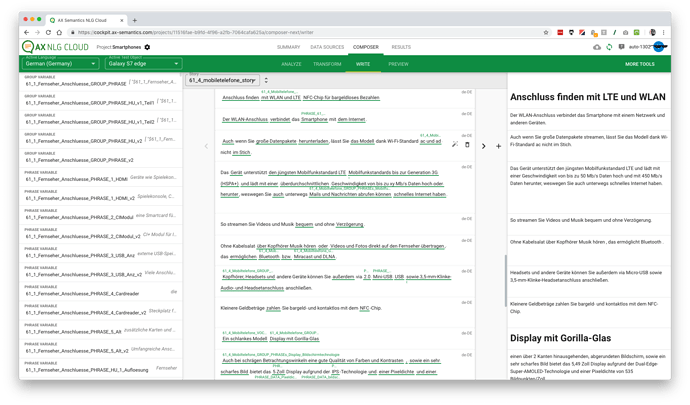 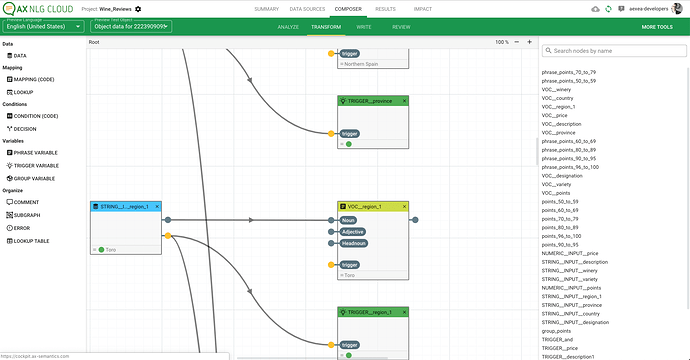 A short Introduction Video can show you some of the basic features in action:

Our Video Tutorials explain some features at length:

State of NEXT “beta”

We are still labeling this as beta, to encourage you to give feedback and report bugs. Overall, this is a very big change, and we still expect some hidden bugs. In addition, we already are working on some larger changes in the UI as well, and the documentation is still not as we want it to be - so for now, we’ll keep that “beta” label

So for now, Cockpit (v2) is still supported as well, and no deprecation date has been announced.

for “old” Cockpit (v2) Users: Switching on NEXT

As of now, every AX Semantics User can switch to our NEXT version. 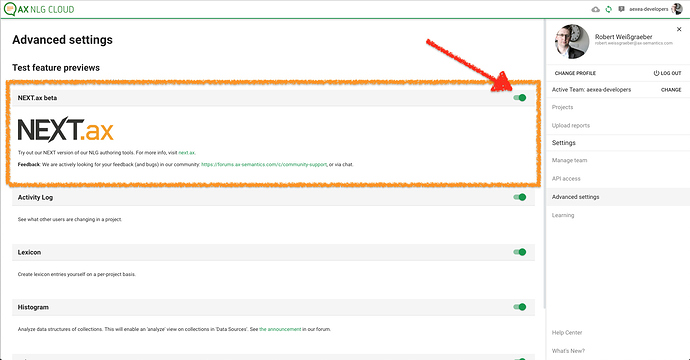 You can switch back anytime, too, allowing you to access the Cockpit (v2) and NEXT (v3) projects in parallel.

A Migration of your existing projects from v2 to v3 will be possible in the future, and we will provide you with a migration assistant. If you want to beta-test this, please contact your customer success manager. Currently, we don’t have a matching feature in NEXT for every v2 project, so some projects can not be migrated at the moment, we will get back to you as soon as we have implemented a solution for those…